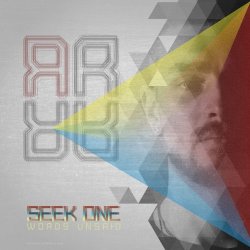 Repressure’s newly founded deephouse label “Deepressure” proudly presents Seek Ones debut “Words Unsaid EP and we are very pleased with his beautiful EP. The Amsterdam based producer who has always had a fascination for music. After having studied audio engineering at SAE, he began composing music of his own and decided to pursue his abilities. Growing up in Luxembourg and being surrounded by a range of nationalities allowed for him to experience various styles of music. He was heavily influenced by early 90s hip hop, but soon became intrigued by sounds of an electronic nature. His roots are now firmly embedded into house and techno music.

Seek Ones EP is the perfect blend of heavy bass beats fused with soulful vocals. The pair is a match in blissful heaven. The heavy deep bass gives both tunes plenty of club juice and It should be on repeat for any Deep House lover